On April 4, 2022, Magistrate Judge Zia M. Faruqui of the United States District Court for the District of Columbia granted the government’s Application for Warrant to Seize Property Subject to Forfeiture, finding that there was probable cause to believe that the yacht Tango, a 255-foot luxury yacht allegedly owned by sanctioned Russian oligarch Viktor Vekselberg, was subject to forfeiture based on alleged violations of U.S. bank fraud, money laundering, and sanction statutes.  The Tango is located in a shipyard on the Spanish island of Mallorca, and the warrant and subsequent seizure by the United States and its allies was part of Task Force KleptoCapture, an interagency law enforcement task force designed to help deploy U.S. prosecutorial and law enforcement resources to identify sanctions evasion and related criminal conduct.

Sanctions were imposed on Vekselberg and the company he founded, the Renova Group, in April 2018 by the Treasury Department. Following Russia’s invasion of Ukraine, Vekselberg was hit with new penalties by the U.S. government on March 11, 2022.  These sanctions were pursuant to various Executive Orders under the International Emergency Economic Powers Act (“IEEPA”) imposed against persons responsible for or complicit in certain activities with respect to Ukraine.
END_OF_DOCUMENT_TOKEN_TO_BE_REPLACED The Second U.S. Circuit Court of Appeals, in a recent 27-page decision, held that Halkbank, the state-owned Turkish lender, cannot claim sovereign immunity under the Foreign Sovereign Immunities Act (“FSIA”) in a money laundering and sanctions-related prosecution.  Upholding a decision by U.S. District Judge Richard M. Berman, the court ruled that even if the FSIA could shield the bank in a criminal case, the charges against Halkbank fall under the “commercial activity” exception to FSIA immunity.  This interpretation of the commercial activity exception significantly limits the immunity bestowed under the FSIA in criminal cases and furthers American deterrence against foreign financial institutions that allegedly facilitate evasion of U.S. sanctions or launder funds through the U.S. financial system.  Halkbank now faces potential trial for an alleged $20 billion money laundering scheme, bank fraud, and conspiracy charges.
END_OF_DOCUMENT_TOKEN_TO_BE_REPLACED

On October 21, 2021, a grand jury indictment was unsealed in the Southern District of Florida charging two Venezuelan and three Colombian citizens with one count of conspiracy to commit money laundering and four counts of money laundering.  The indictment revealed an alleged bribery scheme involving a former Venezuelan state governor and Venezuelan government authorities that provide food and medicine to citizens in need.  A portion of the $1.6 billion in contracts secured by alleged bribes was laundered into or through the United States through a web of accounts and businesses.  This indictment serves as yet another example of the United States Department of Justice’s (“DOJ”) use of money laundering charges to combat corruption in Venezuela (as we have blogged about repeatedly: here, here, here, here, here and here).  It also represents another example of DOJ using the money laundering statutes to charge foreign government officials at the highest levels when the Foreign Corrupt Practices Act cannot apply.
END_OF_DOCUMENT_TOKEN_TO_BE_REPLACED Second Post in a Series on the FATF Plenary Outcomes

As we blogged, last month the Financial Action Task Force (“FATF”) held its fourth Plenary, inviting delegates from around the world to (virtually) meet and discuss a wide range of global financial crimes and ongoing risk areas. Following the Plenary, FATF identified a number of strategic initiatives for future research and publication, and issued six reports to detail their findings on specific topics. One such report, Money Laundering from Environmental Crime (the “Report”), and its implications for anti-money laundering (“AML”) and countering the financing of terrorist (“CFT”), will be the focus of this post.

The 66-page Report is compiled from case studies and best practices submitted by over 40 countries, as well as input from international organizations like the International Monetary Fund and World Bank. While this Report is the first deep dive into environmental crimes and recommendations for members of the FATF Global Network, it is not the first time FATF has addressed environmental issues. The current Report aims to build upon FATF’s previous study on money laundering and the illegal wildlife trade, on which we also blogged. The current Report is also connected to earlier FATF studies on money laundering risks from the gold trade and the diamond trade.  Indeed, the Report references U.S. enforcement cases involving money laundering and gold or diamonds on which we previously have blogged (see here, here and here). 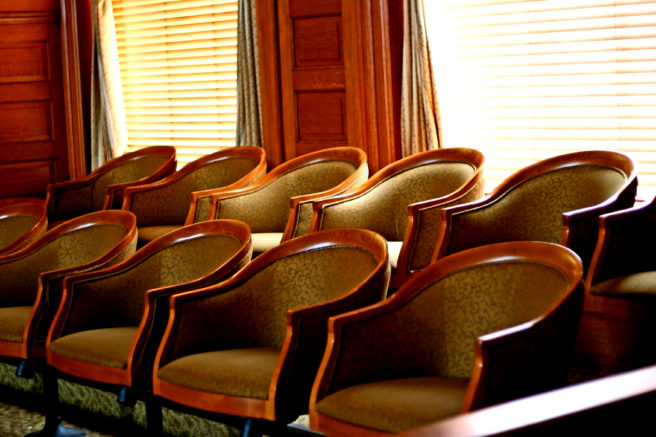 As we have blogged, the Anti-Money Laundering Act of 2020 (“AMLA”), contains major changes to the Bank Secrecy Act (“BSA”), coupled with other changes relating to money laundering, anti-money laundering (“AML”), counter-terrorism financing (“CTF”) and protecting the U.S. financial system against illicit foreign actors.  In this post, we explore the AMLA’s significant expansion of the U.S. government’s authority to subpoena information from foreign financial institutions that maintain correspondent banking relationships with U.S. banks.
END_OF_DOCUMENT_TOKEN_TO_BE_REPLACED Judge Berman’s most recent ruling found that Halkbank is not immune from criminal prosecution in the United States under FSIA, and that the allegations in the indictment were plead sufficiently to avoid dismissal.  This ruling of course has a potentially broader application to any foreign majority state-owned entities which allegedly scheme to violate U.S. criminal law: given sufficient nexus between the scheme and the United States, FSIA will not shield the foreign entities, because the Act only applies to civil matters that do not fall under its “commercial activities” exceptions.
END_OF_DOCUMENT_TOKEN_TO_BE_REPLACED This is the third and final post in a series of blogs regarding a recent flurry of regulatory activity by FinCEN. In our prior posts, we discussed a final rule by FinCEN extending BSA/AML regulatory requirements to banks lacking a Federal functional regulator, and FinCEN’s advanced notice of proposed rulemaking as to potential regulatory amendments regarding “effective and reasonably designed” anti-money laundering (“AML”) programs. Unlike the first two regulatory actions discussed in our series, FinCEN’s request for comments on the burdens of correspondent bank account due diligence and EDD seems purely procedural: it simply asks covered institutions to report how much time and resources are spent on compliance. Nonetheless, it’s hard not to conclude that this request for comment is a prelude to some future, more substantive action regarding correspondent bank account regulation. The U.S. Department of Treasury identified correspondent banking as a “key vulnerability” for exploitation by illicit actors in its 2020 National Strategy for Combating Terrorist and Other Illicit Financing. Further, and as we will discuss, correspondent banking has long had a troubled status: such accounts are simultaneously necessary to the world economy but also regarded as higher risk from an AML perspective. As a real-world example, an alleged lack of diligence regarding the risks posed by correspondent bank accounts played a prominent role in the major alleged AML failures suffered by Westpac, Australia’s second-largest retail bank, which contributed to the bank recently agreeing to a whopping $1.3 billion penalty for violating Australia’s AML/CTF Act.…

END_OF_DOCUMENT_TOKEN_TO_BE_REPLACED The headline finding in the internal investigation report — which has been criticized — was its conclusion that the significant AML/CTF violations and failures it admitted were “due to technology failings and human error,” and that “[t]here was no evidence of intentional wrongdoing.” Consistent with a theme that emerges in many AML scandals, the lack of adequate and sufficiently trained personnel has been a key factor here.  Likewise, the Westpac internal investigation report also underscores the limits of automated AML/CFT systems.  Ultimately, any AML/CFT program is only as good as the people running it.
END_OF_DOCUMENT_TOKEN_TO_BE_REPLACED